Djavad Mowafaghian, a generous philanthropist, has sadly passed away 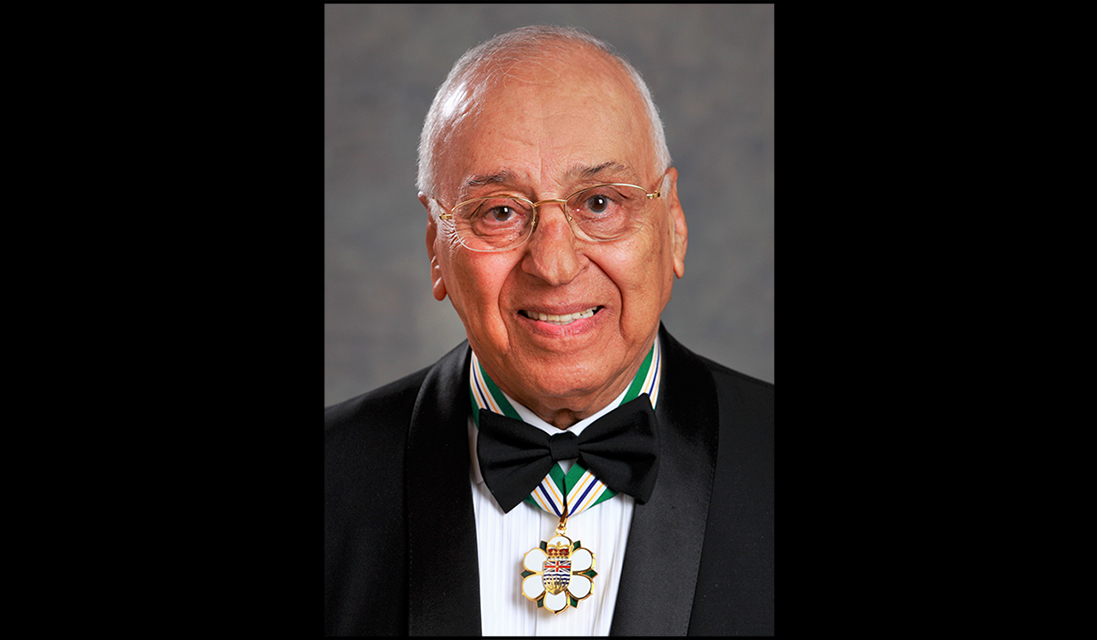 It is with profound sadness that we bid farewell to Djavad Mowafaghian, our beloved friend, father, uncle, and patriarch.

Djavad, best known as a businessman and philanthropist, enjoyed life to the fullest. He travelled widely, built successful businesses, became a steward for his family at an early age, and generously gave of his time and resources throughout his long and happy life.

Djavad, best known as a businessman and philanthropist, enjoyed life to the fullest….and generously gave of his time and resources throughout his long and happy life.

Born in Iran, Djavad was thrust into a life of leadership at an early age. Djavad’s father, Reza, passed away when he was an infant, and Djavad worked to help support his mother, Robabeh, and two sisters in their modest home in Tehran while attending school.

Upon graduation from high school, Djavad taught himself English by listening to BBC Radio, which ultimately led him to establish an English language school. As a young man, he also became an expert equestrian, racing horses competitively in the deserts of Iran. His love of horses continued throughout his entire life.

In the aftermath of WWII, when travel was especially chaotic and difficult, Djavad travelled widely throughout Asia and the Middle East. He lived in Lebanon and Japan, but ultimately returned to Iran, earned a degree in electrical engineering, and became a communications officer and co-pilot with Iran Air. Being in the cockpit afforded him the opportunity to travel extensively throughout Europe and the Middle East. He had the heart of a true adventurer and whenever he took to the skies, he felt a great sense of freedom.

After working in the airline industry, Djavad started a construction business. Through his determination and perseverance, his business grew into one of the largest construction companies in Iran. He loved putting on a hard hat and following the progress of each building, from the underlying soil to the completed structures.

In 1979, due to the unrest of the Iranian Revolution, Djavad left Iran and started a new life in Geneva with his young family. Almost a decade later, Djavad visited Vancouver and decided to lay down roots in his new home of Canada. He founded a real estate investment and development company as well as the Djavad Mowafaghian Foundation. The Foundation has generously contributed to many organizations in Vancouver, across Canada, and internationally.

Throughout his life in Canada, he maintained a strong connection to his homeland of Iran. Education was deeply important to Djavad, and he built twenty-six facilities in Iran, ranging from elementary schools to technical and trade institutions. Several schools serve visually and hearing-impaired children. Over 22,000 Iranian students attend these schools each year.

Djavad Mowafaghian leaves those of us who grieve with the image of man in a cockpit, smiling broadly, watching from above, as he heads to a new and wondrous place just beyond the horizon.

Because of his generosity, Djavad has been the recipient of numerous honours, including a Member of the Order of Canada, the Order of British Columbia, the Queen Elizabeth II Diamond Jubilee Medal, the Dalai Lama Center Humanitarian Award, the Outstanding Philanthropist Giving Hearts Award, and Honorary degrees from both the University of British Columbia and Simon Fraser University.

Djavad’s legacy is far from limited to his entrepreneurship and charitable giving. Many will remember him for his great sense of style. He always looked elegant in fashionable bow ties and stylish Italian suits.

Djavad Mowafaghian leaves those of us who grieve with the image of man in a cockpit, smiling broadly, watching from above, as he heads to a new and wondrous place just beyond the horizon.

Djavad is preceded in death by his daughter, Mojgan, who passed away in 2021. He is survived by his son Ali and his children Kylo and Lyanna, and his daughter Mitra and her children Norah and Mathis, all of whom reside in Geneva. A private memorial service has been held in Geneva.

In lieu of flowers, those of you who wish to honour him are encouraged to donate to one of the charities that meant the most to him.  These include BC Children’s Hospital, Coast Mental Health, Covenant House, Canuck Place, Lions Gate Hospital, and Vancouver General Hospital.